A user experience designer or UX designer designs the look and feel of software, app, or website. They handle the graphical user interface (GUI) design.
This encompasses more than just how pretty the design appears and includes how it functions. Once the design goes from wireframe to functional code, it gets alpha, then beta tested with potential users. According to their feedback, the design receives improvements that make it more amenable to its potential users. Essentially, the UX designer’s job consists of making a product enjoyable for users, useful, and easy to use.

While each company handles the implementation of the designers of user experience differently, every individual in this role has six main duties. These include the following duties.

How Much Does a Designer of UX Make?

While salaries vary across the globe, in the US, the average salary for this position is $74,191. The lowest salaried 10 percent of these designers earn $50,000 annually, while those paid at the 90th percentile and above earn $108,000 per year. Some positions also include profit-sharing options. This position offers many remote jobs since it does not require an office environment. You can work from home as a user experience designer. 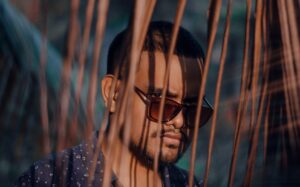 I am Peter Avey, a prominent web designer in based in the United States, with extensive skills and commitment to help investors take their business to the next level. Over the years, my primary aims are to provide you with unique experiences by creating user-friendly websites and coding.